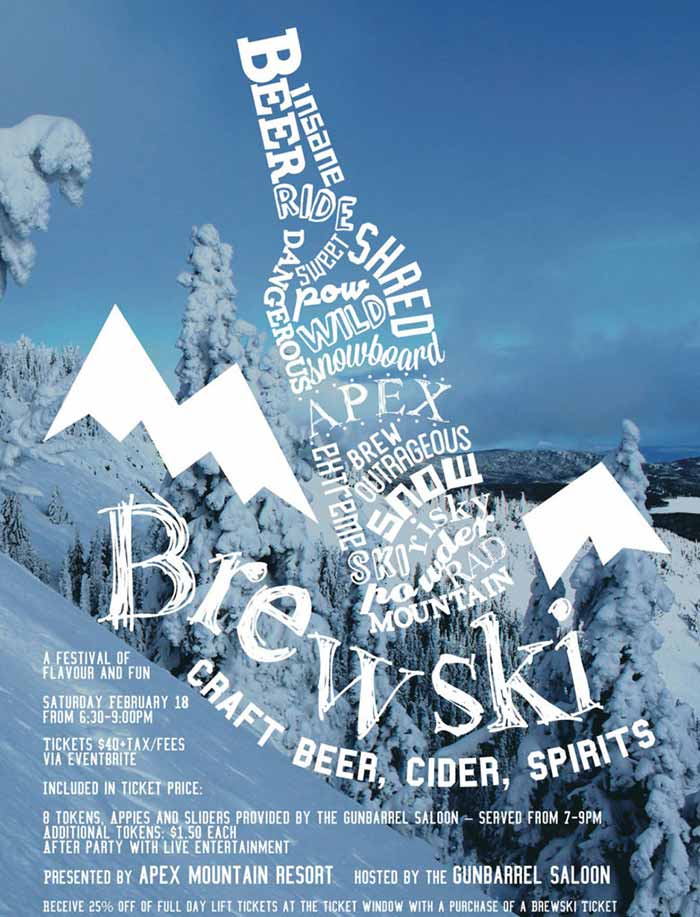 THIS EVENT IS NOW SOLD OUT Apex Mountain Resort Presents:

Tickets include: 8 beer tokens, tasty appies supplied by the Gunbarrel and an after party with live music.

Brewski event is 6:30-9:30 pm in the Gunbarrel Saloon Restaurant.

More than 20 breweries, cideries and distilleries will be participating!

Past breweries, cideries and distilleries include:

If you have any questions regarding the events, please feel free to contact: Events@ApexResort.com